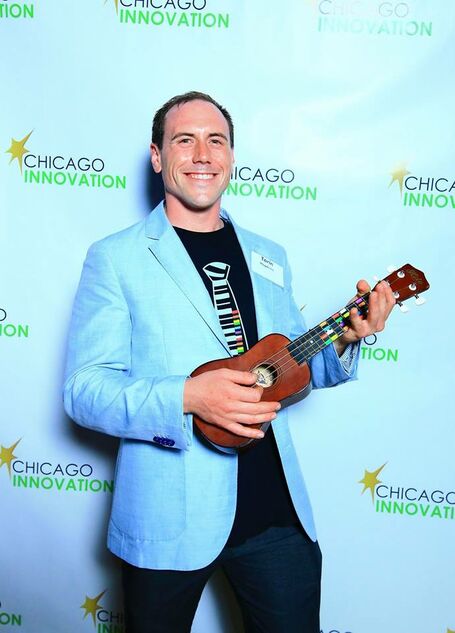 Torin Hopkins is an entrepreneur, inventor, researcher and musician based in the Denver / Boulder area. In 2010, while studying music and science topics, Torin founded Musicians United of Southern Illinois Carbondale (MUSIC), the largest independent music organization in the history of Southern Illinois University.

While continuing his mission to connect musicians, Torin was selected to speak on behalf of the Chicago Council on Science and Technology at the School of the Art Institute of Chicago regarding work that had been done for gTar, the first guitar to ever be powered by a smartphone.

Torin has been published in three scientific articles on topics ranging from Cellular Biology to Neuroscience to Music, culminating in the first musical score ever published in the Annals of Internal Medicine. Research done in the mechanisms of consciousness and the neural correlates of motor skill development with Dr. Douglas D. Burman later landed Torin a presentation at the Worldwide Society for Neuroscience.

In 2015 Torin then founded SolJAMM LLC, a music technology company aimed at providing simple ways to have jam sessions using tools created and tested by Torin himself. He has created and run commerce, legal licensing, websites, and marketing during this time. He was also commissioned to operate The Music Gallery Academy website for The Music Gallery in Highland Park, IL.

In 2018 Torin graduated from the Department of Mechanical Engineering at Iowa State University with a Master’s Degree in Human Computer Interaction with a concentration in Music Technology. While at Iowa, he developed “JamTabs," an application and LED based system of playing music in a jam session, released a never before seen method of omnidirectional music notation for virtual reality, iOS applications, and a 3D Unity Music Ed. Game.

Torin is currently in pursuit of his doctorate in Creative Technology in the ATLAS institute (Engineering) at CU Boulder. He works part-time giving music lessons and workshops for SolJAMM LLC where he continues to envision and redefine interaction among musicians.